← more from
Ici d'ailleurs
Get fresh music recommendations delivered to your inbox every Friday. 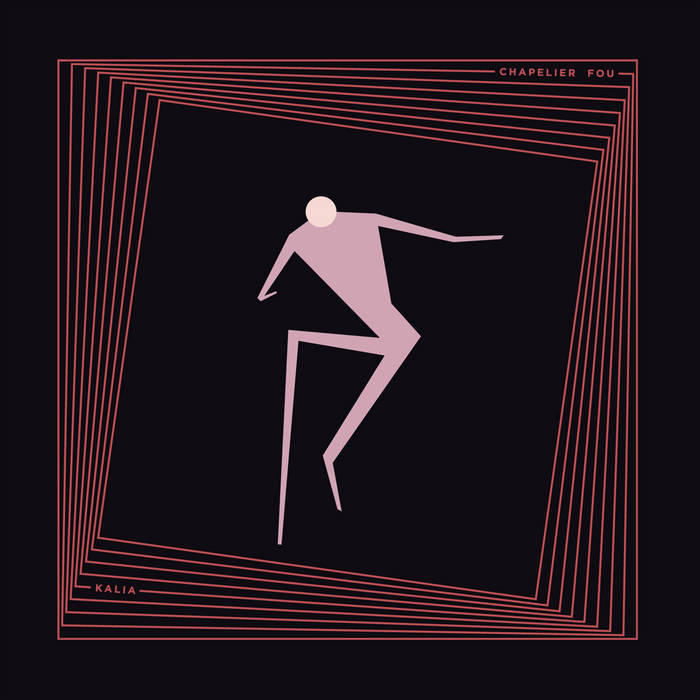 kamtin express Your music blends past, present and future into so many delightful moments. I don't know how you get so creative but please keep creating! Favorite track: Bulbs.

Chapelier Fou - real name Louis Warynski - is well known today for his exemplary discography: three albums (613, Invisible and Deltas), three EPs (Darling darling darling, Scandale! et Al Abama) and two 12" of remixes (Protest et Fuses). Since the very beginning of his career, the French composer's songs always stimulated the imagination of his listeners to the point that "fan music videos" have regularly appeared on the internet.

Similarly many artists, theatre and movie directors or actors have asked to use his songs or requested commissioned works. "Les Métamorphoses de Mr. Kalia" is in this very specific category of commissioned work by Chapelier Fou. The mini-album Kalia is the very first instalment to be released as a record.

In spring 2014, Béatrice Lartigue and Cyril Diagne from French artists' collective Lab212 contacted Chapelier Fou while he was finalizing his third album Deltas. The two invited him to work on a digital art installation project, "Les Métamorphoses de Mr. Kalia" the graphic work of which was toe entirely generated by code and entered in a DevArt (the famous firm offering databases for developers) contest.

The project was then selected by Google to be presented at the "Digital Revolution" exhibition at the famous Barbican Centre of London along with works from Björk, Will I Am, Amon Tobin, among others.

The nine songs presented on this new Kalia mini-album are striking because of their effectiveness and conciseness (each track is just over two minutes). The writing approach offered here is more radical than Louis' previous work. Each song is based on a simple idea from which the artist extracts its maximum potential to give a stripped down result.

This enables listeners to get closer to the seductive inner substance of his work - a unique groove and sense of rhythm, simple and haunting melodies plus the ability to fill the sound space whatever the limits imposed.

Above all, Kalia shows brilliantly that Chapelier Fou's music is just not a well-written mix of electronic music with violin. It is the breeding ground for research, experimentation and cohesiveness. And that's why Louis, on his many different works, constantly renews himself.

To this end, Kalia is a very specific record as it shows the importance of music in the creative spheres. It is an inspiration for its creators, for listeners and for the creative people using it in their own work. It is an interaction, a dialogue and perpetual questioning.
A "dialogue" may in fact be the best way to define Kalia. An interaction between different ways of expression - sound, visuals, the physical sphere. So, to complete the listening experience of this record, an interactive website is available for the curious who wants to experience Kalia in its entirety.

Written, performed, recorded and mixed by Louis Warynski.
Mastered by Uwe Teichert at Elektropolis.
Artwork by Gregory Wagenheim, based on Béatrice Lartigue's designs

Music as a treasure hunt. It is tempting to use this idea to summarize the "official" discography by Chapelier Fou which began in 2009 with Darling, darling, darling..., a first EP that already included one emblematic track which gives its title to the disc. Since then, 7 albums and several EPs have been added, among other recordings. ... more

Bandcamp Daily  your guide to the world of Bandcamp